Branching Out: Day Trips to Explore Near Rio

Read on for 4 destinations near Rio that make for amazing day trips. Niterói, Petrópolis, Teresópolis, and Ilha de Paquetá are each within a 2-hour trek (via car or public transportation) from Rio and each city offers something different.  From an artsy metropolitan vibe to the idyllic mountain scene, from the great outdoors to an island retreat–you’re bound to find a destination you’ll love!

GREAT DAY TRIPS TO EXPLORE WITHIN TWO HOURS FROM RIO

Photo by Julentto Photography on Unsplash

One of the hottest destinations for refined European cuisine near Rio is the “cool lush hillside” of Araras, 100km north of the city.  Known as the Gourmet Valley, you can be confident that one of the many restaurants here will satisfy your hunger for a culinary showcase of Brazil’s cultural diversity:

Photo by Annie Spratt on Unsplash

The reasons to visit RIO are endless, but there is more to love about Brazil that extend beyond RIO’s city limits.  Read on for 8 places OUTSIDE of RIO that you won’t want to miss! Today’s post provides 3 great day trip itineraries for destinations near RIO.  Read on to find out what to eat if you only have time for one meal at Grumari Beach or what you shouldn’t bother to do while in Petrópolis: 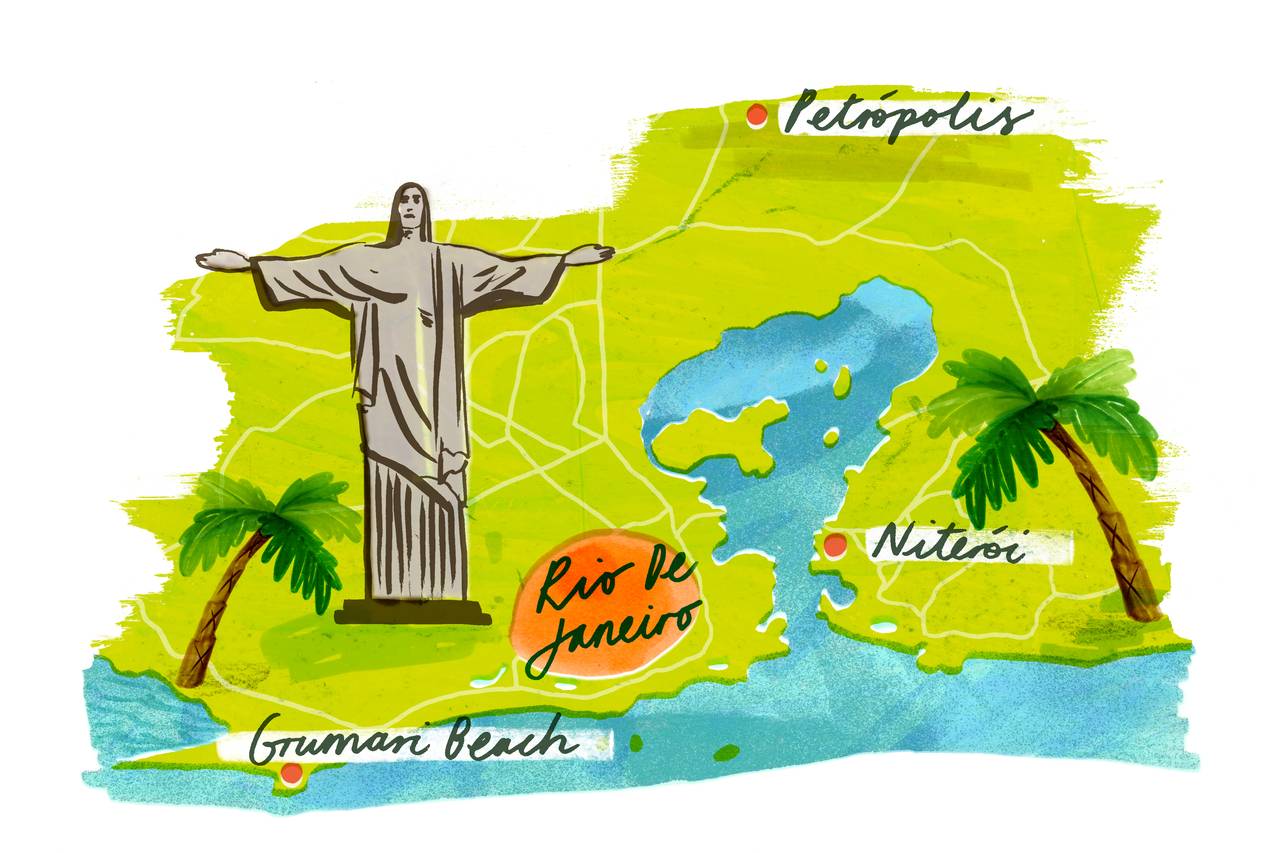 Among the state of Rio de Janeiro’s finer detours is the famed Imperial City “Petrópolis”. Just north of the states capital, this idyllic hamlet was founded around the habitation of the Portuguese and later Brazilian Imperial family in the area. After Dom Pedro I established his summer palace in Serra dos Órgãos, the royal family encouraged the settlement of German immigrants in the area to further populate the local that in the 1870’s would become Petrópolis. Visitors willing to take the short trip north of Rio de Janeiro will find a city that retains architectural and historical connections to Brazil’s colonial and imperial ages amidst picturesque scenery.

Imperial Museum (originally the summer home of Dom Pedro I and Dom Pedro II, this splendid history museum provides an excellent journey through the history of Brazil’s Empire with well preserved artifacts and installations)

Centro Historico (No trip to Petrópolis is complete without a stroll through the historic Centro district. Numerous colonial-era buildings remain intact and open, as well as Brazil’s first brewery)

Nossa Senhora do Fatima (visually pleasing 19th century church at the top of a hill in Petrópolis. Provides a fantastic overview and panoramic shot of Petrópolis)

The most efficient manner to reach Petrópolis from Rio de Janeiro would be to travel there by bus (from the Rodoviaria).

The #1 TripAdvisor rated BnB in Petrópolis, this guesthouse features great food and drink and fantastic amenities such as Jacuzzis and saunas. Rancho de Ferradura provides all these things in a timeless rustic background.

This scenic pousada is great for adventure tourism. Located among the mountains, the warm and helpful staff will ensure you make the most of your time visiting the Imperial City (and that you are well fed while there!). The peaceful and serene surroundings will have guests relaxed in no time.

A reasonably priced and absolutely cozy hotel inside the city proper, and a wonderful place to stay for anyone who wishes to take full advantage of the historical offerings of Petrópolis. Well designed interiors and vintage furniture add to the appeal for those who wish for a historical sleeping environment as well!